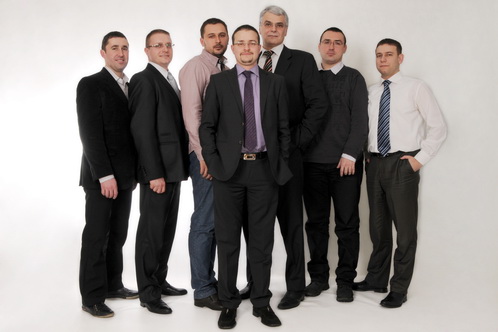 Učajev Law Office was founded in February 2009 as the fruit of several years of cooperation between two young, promising and successful lawyers, Petar Učajev and Nenad Vojnović. Učajev Law Office offers its services relying on considerable experience in all areas of law, in particular commercial law, law of obligations, civil law, labor law, family law, property law, criminal law, copyright, and in all other areas of law, including all the consulting services in these areas.

In Učajev Law Office you will be welcomed by a kind and accommodating team made up of lawyers and legal trainees, who are always ready to provide services at the highest professional level and satisfy their clients’ interests through a positive outcome of any legal issue. 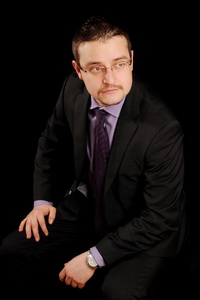 Lawyer Petar Učajev was born in 1981 in Belgrade. He graduated from the Faculty of Law of the University of Belgrade in February 2005. During the studies he distinguished himself as an adept orator by taking part in a prestigious competition organised by the Faculty of Law, which provided him with a solid basis for the legal profession that requires the art of fine and articulate expression. Following graduation, as soon as in March 2005 he started to work at Simeunović & Ikonović & Isailović Law Office with the lawyer Živorad Ikonović, and here he acquired considerable knowledge and experience in the legal practice. On passing the bar examination, in December 2007 he entered the Register of Lawyers with the Bar Association of Belgrade.

In addition to dealing with legal matters in all areas of law on a daily basis, he has been involved in some more specific activities such as:

On 22.03.2015 he was named honorary member of the Board of the non-governmental organisation PRO BONO that provides free legal assistance;

In November 2014 he wrote and released a text entitled ‘German Reparations after World War II with Particular Reference to the Suffering of Jews in Yugoslavia’ for the project of wall newspapers on the webpage www.protivzaborava.com;

On 29.10.2014 he attended the Conference ‘Code of Criminal Procedure – 12 Months of Enforcement in Ordinary Courts of Law’;

On 21.06.2014 he participated in the project ‘Trial Simulation’ aimed at the capacity building of lawyers for proceeding in criminal procedures;

On 06.06.2014 he took part in the presentation of results of the research ‘Detention Procedure Assessment for Serbia’;

In April 2014 he started to represent and cooperate with the Belgrade Chamber of Commerce;

In December 2013 he started to represent small shareholders injured in the processes of company privatisation;

In November 2013 he was engaged as a lecturer on the project ‘PRO BONO – Portal for Free Legal Assistance’ pursued by the Faculty of Law of Belgrade University;

On October 24-25 2013 he attended a two-day seminar for lawyers ‘Advocacy Skills in Criminal Trial – DIRECT AND CROSS-EXAMINATION’;

In November 2012 he participated in the project ‘100 questions – 100 answers’ organised by the company PARAGRAF Co, LLC from Belgrade, and through authorial texts provided answers to questions relating to the tax on the transfer of absolute rights, disturbance of possession, and the buying and selling of real estate;

Since November 2012 he has been one of the lecturers at the forum ‘Lawyers at Work’ organised by The European Law Students’ Association (ELSA) at the Faculty of Law of the University of Belgrade;

Since May 2012 he has been representing the company IDEA, LLC Belgrade;

In May 2011 at a two-day seminar he was trained to represent clients in mediation, with particular reference to representation in commercial disputes;

In May 2010 he started to cooperate with and represent the tourist company RECREATOURS, JSC Belgrade;

Since April 2010 he has been one of the four lecturers at ten training seminars designed for magistrates from Belgrade and other cities in Serbia on the topic of introduction of customs, tax, and foreign currency violations into the jurisdiction of magistrate courts from the aspect of defence and the accused, and organised under the auspices of the Judicial Academy and Magistrate Association of Serbia;

Since February 2010 he has been one of the three lecturers at twelve seminars aimed at training entrepreneurs and small business entities in the area of customs, tax, foreign currency, and external trade violations, held in the Belgrade Chamber of Commerce and organized under the auspices of the Institute for Sustainable Communities (ISC) and the Magistrate Association of Serbia;

Since January 2010 as President of the Founding Assembly and the member of the Executive Board he has taken part in the foundation and work of the section of Young Lawyers of Belgrade (YLB), which fulfils its mission and objectives within the Bar Association of Belgrade;

In October 2009 he joined the process of providing free legal aid to socially deprived citizens that is pursued by the Bar Association of Belgrade in municipalities of the City of Belgrade;

In July 2009 he started to cooperate with and represent the Italian company SUOLO E SALUTE as well as its daughter companies in Serbia that deal with certification in the area of organic production;

In June 2009 he obtained a certificate on the possession of special knowledge in the field of children’s rights, delinquency, and the protection of minors under the criminal law in a process organised by the Judicial Training Center, Child Rights Center, and the UNICEF;

Since January 2008 he has worked as a legal advisor of the group Droga Kolinska that is made up of the following domestic companies: GRAND KAFA, GRAND PROM, SOKO-NADA ŠTARK, BONITO, PALANAČKI KISELJAK, VS INTERNATIONAL, as well as of foreign companies ISTRABENZ and DROGA KOLINSKA.